Aficionados of western Canadian history know the historical role that the national railroad meant to the development of this country. While for the past three decades thousands of kilometres of rail lines across the country have been abandoned, the time is here to examine this type of underdevelopment. While many knew the price of curtailing train travel was high, the folly of it all is becoming increasingly clear given climate change.

Pioneers in Western Canada would tell stories of riding the train as far as the line would go and then walking the rest of the journey to where they would homestead. I remember stories of my great-uncle taking the train to Moose Jaw from Quebec in 1904, and then walking to a piece of land near what would eventually become my hometown. Once at his concession, he sent word for the rest of the family to make the same journey. Eventually, in 1913 the train arrived in the new town and it made transport of goods and people much easier. 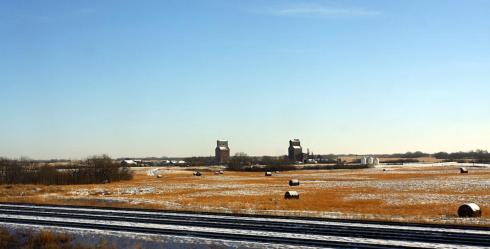 Without the promise of a train coming to town, development of a farming community would stall. And some towns did disappear early on, as the anticipated path of the rail line changed for one reason or another.

In my home province of Saskatchewan, every town that prospered had a rail line, and several grain elevators. The train was the lifeblood — without it farmers could not ship grain, passengers had no transportation, and businesses could not ship or receive freight. The train was everything. It still is in many ways — and the story of when the train arrived in a community is often a milestone. And so too when the line was abandoned. Many towns on the Prairies these days no longer have rail lines. Such short-sighted thinking!

Throughout my youth, I recall hearing adults talk about transportation and its importance — how the CN lines in the south were key and the CP lines in the north the same. I also remember discussions about how the lines had to be maintained, how grain cars needed to arrive on time to ship crops — and how often they did not. There were conversations where people urged the introduction of more boxcars and in the same breath said there should be more passenger service. And then came the conversations of CP and CN railways abandoning lines as well as the responsibility to ship Prairie grain east to ports, for international sale. Farmers questioned how rural roads would be maintained if they had to weather the weight of semi-tractor trailers — and who would pay for the upkeep.

The lines in many communities have been torn up, the grain elevators removed, and for years farmers have owned semi-tractor trailers to transport their grain further and further away to centralized rail lines and apparently grander grain terminals. Land concentration and rail-line abandonment has only served to fuel the loss of family farms and of communities.

Now with climate change underway — and reduced emissions important to corralling rising temperatures — train is the one mode of transportation that has a future. The carbon footprint of plane travel is horrendous. Vehicles powered by fossil fuels will soon be replaced by electric cars, most only able to cover shorter distances. For long-distance movement, the train should really be the choice.

But there’s a problem.

It makes even less sense as we now stare down climate change and begin to recognize the need to drastically reduce greenhouse gas emissions. In his blog, civilization critic Darrin Qualman explains how we have to get beyond fossil fuels and pipelines and expand our travel choices to include fewer gas-fuelled vehicles and fewer plane rides. We need to get down to expanding and improving rail lines across the country.

Back to the future, as they say. Plus ça change, plus c’est la même chose!

Lois Ross is a communications specialist, writer, and editor, living in Ottawa. Her column “At the farm gate” published on Rabble.ca discusses issues that are key to food production here in Canada as well as internationally.

Write me at lois@loisross.ca. I reply promptly.